As some of you saw in Facebook, I took a trip with Ohiophotogrl! We drove over to Missouri to see her cousin graduating from high school.

We started off all bucked in…

And I got to read the map along the way! We got out a few times to stretch our legs and we took a selfie. 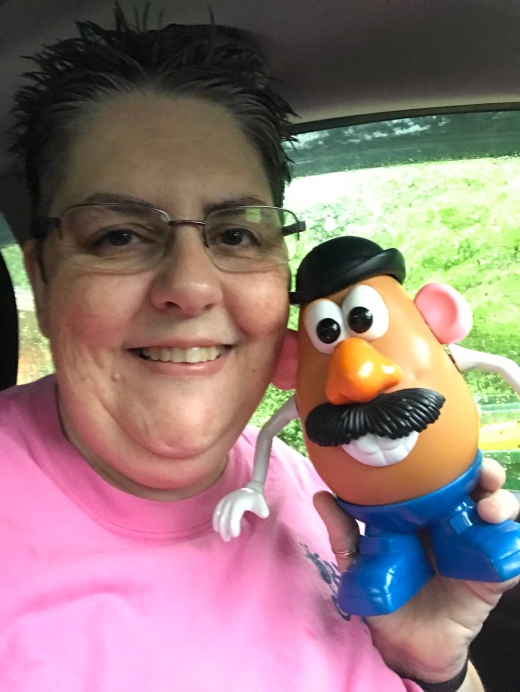 Ohiophotogrl was driving so I took a better photo on the way back…. 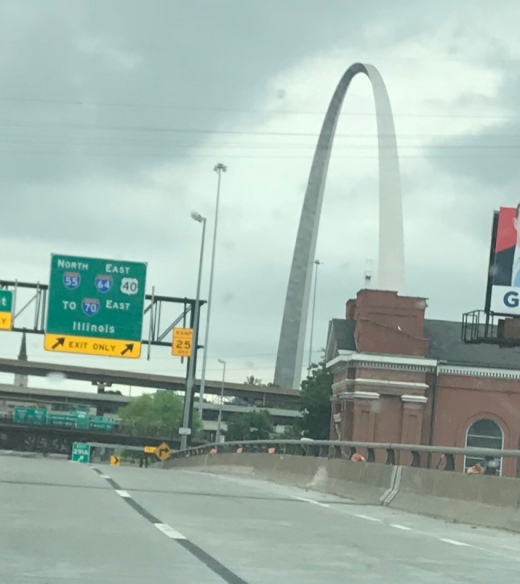 It was a really fun trip, but we are both glad to be home and to sleep in our own beds last night!

Stopped at AAA this morning and filled the tires full of air and got a TripTik for my next adventure. Ohiophotogrl likes to use her GPS but I think it’s important to have a map just incase!

The staff at our local AAA store was very helpfully. Gave me a book on what to do along the way if I wanted to and some big maps of each state!

Where am I going? Guess you’ll have to stay tuned to find out!

Today Ohiophotogrl took me and some of her family on an adventure. We went to a taping of Cash Explosion in Columbus Ohio. We had breakfast at her dads and then loaded up the van and headed out. The car ride is a little over an hour from his house but we had fun talking about which of our relatives we had talked to this week.

Cash Explosion has been collecting canned goods for the food banks in the area, so we each took 10 canned goods and were entered into a drawing for $500. Of course we didn’t win but we still had a good time. The taping lasted about an hour and a half and there was lots of prizes to be won by the people in the audience.

We had to go thru metal detectors to get in…for our safety and they sat us in the front row! OMG we are gonna be on TV. We sat right where the contestants came into the show! Show airs March 24th so be in the look out for us. Ohiophotogrls sister won a few things. 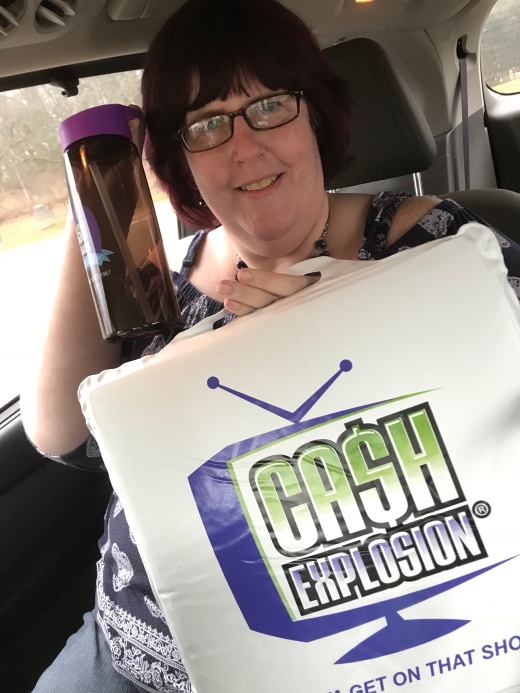 The best part was we all had a great time! I’ll leave you with one last photo of me as we were leaving

What a fun day….wonder what we’re gonna do next?

So Ohiophotogrl told me to pack a bag and be ready in 10 minutes. So I grabbed my bag and asked her what I should pack. She suggested sunscreen and swim trunks.

I thru my stuff in her bag and we pulled out of the drive way about 5 minites ago.

Wonder where we are going? Stay Tuned

I have spent the last day trying to talk Ohiophotogrl into telling me where she is going and if I get to go too. I have finally been told I get to go but she won’t tell me where. That’s ok I love an adventure.

I have found my suitcase! But what should I take I mean I have no idea where we are going. She says to bring lots of different things.

I’m just not sure I have enough stuff to wear. Guess I’ll find out when we get there or Ohiophotogrl repacks for me :0)

She did tell me that we weren’t going to far and I would get to see several of our good friends and meet some new ones. I’m packed and ready and still waiting on her. 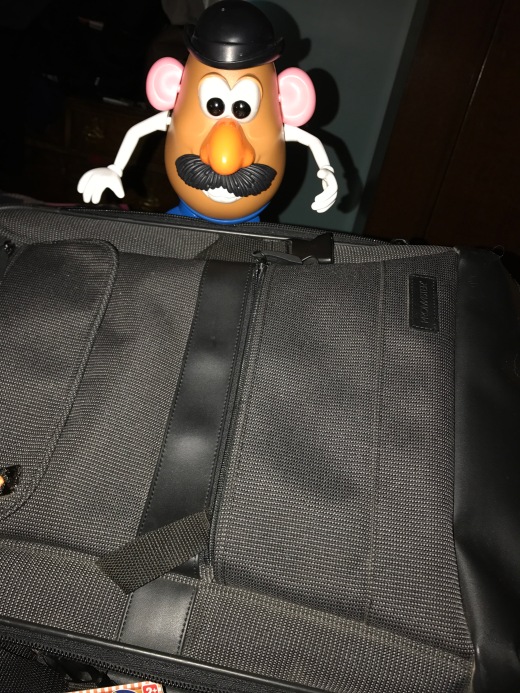 The suitcases are out and Ohiophotogrl won’t tell me where she is going and if I get to go. Maybe I’ll get my suitcase out and load some stuff up just incase I get to go. I hope I get to go. Oh how I love an adventure! Stay tuned!

So I went on a road trip this past weekend and took the camera with me….. 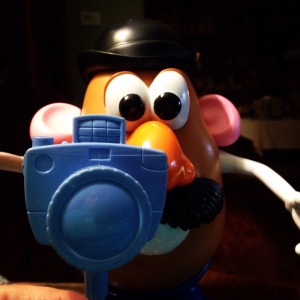 I snuck in Ohiophotogrls backpack and snuck pictures over her shoulder.

She kept talking about Gatlinburg TN so I am guessing that is where we are.

That is the view of the porch lol

Then when you looked straight out there was this….Depending on the time of day which view you had.  They call them the Smokey Mountains 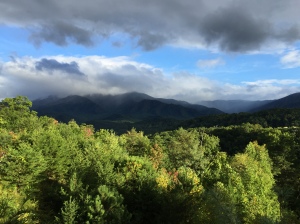 Was great to see them and I am looking forward to our next adventure…..

Wonder what its gonna be

As I was walking thru the mall with ohiophotogrl today I found this guy.

He was on a shelf saying exterminate, exterminate……..over and over again so we left him at the store.
I think he might be from another planet. He also said he was looking for the Doctor. Hmmmmm
Here is another look from our trip…. 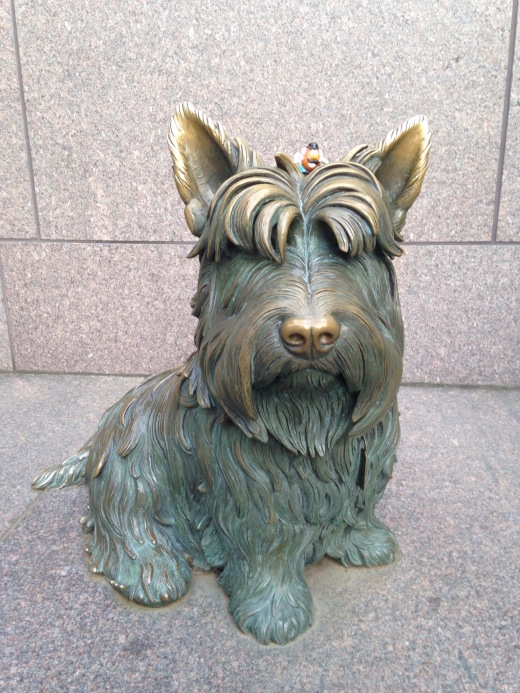 These kitties lived at the house we were staying at. Aren’t they cute!
Wonder what we’re gonna do tomorrow?

Today ohiophotogrl and I went to a place called the Newseum! What a cool place I took some pictures. The first is ohiophotogrl taking a selfie for there wall…the second a great quote….the third is where the civil rights movement began…and lastly is the broadcasting tower from the World Trade Center in NY. 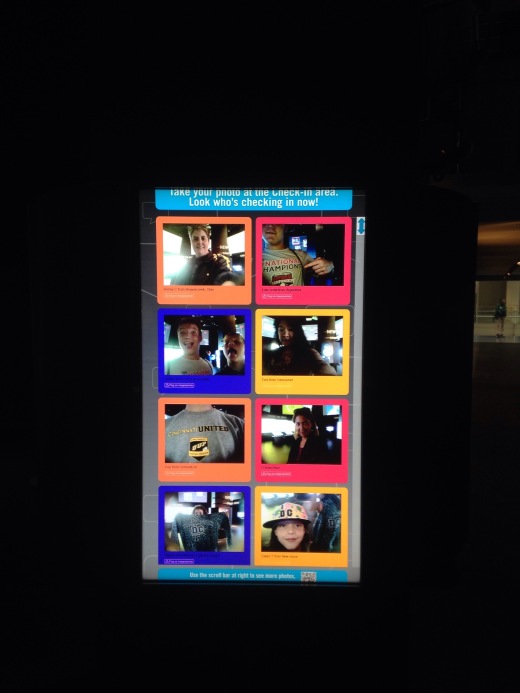 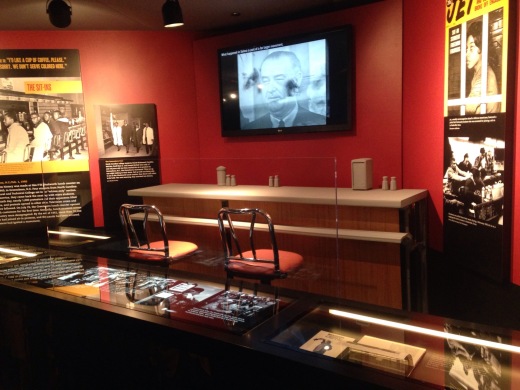 The coolest part of the visit was finding this… 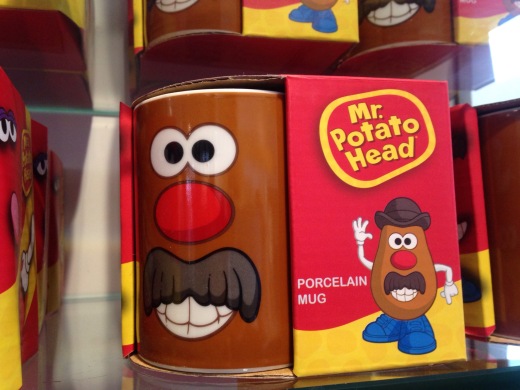 You know your famous when you are on a mug! How cool is that!
Well I gotta get walking! This place is Huge!
Wonder what we’re gonna do tomorrow?

So I was sitting around watching some tv today and I noticed Ohiophotogrl cleaning her camera and putting down stuff in a bag.
I asked her where she was going but she ignored me and kept right on moving along.
She did stop for a quick selfie with me

So I did some investigating….bag packed, maps from AAA, and lots of batteries being charged. I suspect ROADTRIP! 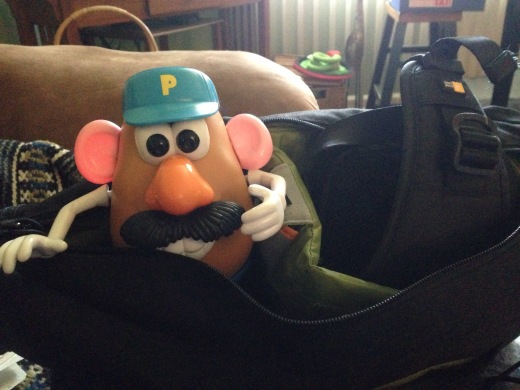 I’m hiding in her bag so she can’t go with out me!
Wonder where we’re going?
Wonder what we’re gonna do tomorrow?

Mr. Potato Head is a registered trademark of Hasbro Corporation Mr P could take them down any day of the week! But we won't need to do that because we are all here to have a good time!